"I deny this reality. The reality is a computation matrix."

The Doctor fights his masked foe, who is in control of the Matrix, in different guises across varied landscapes inside the Matrix while in the real world Castelan Spandrell & Coordinator Elgin become increasingly concerned about the stresses this is putting on the Doctor's physical body. The Master sends a hypnotised chancellery guard to kill the Doctor's physical form, but he is killed by the Castelan during the attempt. The Doctor unmasks his foe, revealing him to be Chancellor Goth, who then tries to drown the Doctor. 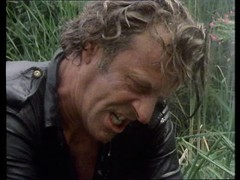 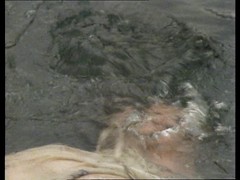 That's a very odd episode, with the Doctor running around in the Matrix dreamscape. It's also a trifle repetitive with the same theme being played right the way through as the Doctor is pursued by various masked figures. 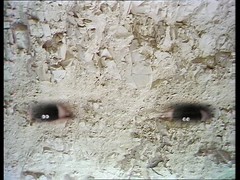 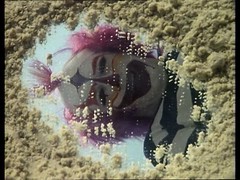 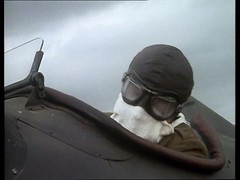 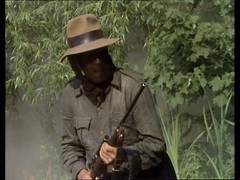 You could almost have lost this episode: The Doctor appears in the Matrix towards the end of episode two and unmasks his foe then. We wait thirteen years to get to a story on the Doctor's home planet and then spend 1/4 of it in a dream world! It's a very well done dream world, yes, no quibbles about that with location sequences filmed in Surrey & Buckinghamshire. In particular the episode features Betchworth Quarry, which director David Maloney had previously used in Genesis of the Daleks. It's obviously a favourite location of his as it repeatedly turns up in the Maloney produced Blake's 7 where it appears in Time Squad as Saurian Major, Deliverance as Cephlon, Hostage as Exbar surface and Moloch as Sardos. After Maloney departs the producer's chair Blake's 7 keeps on using it when it appears in the fourth season in Power as Xenon and Warlord as Betafal. It therefore has a reasonable claim to be THE BBC Sci Fi quarry! It's closest rival that I can think of off the top of my head is Winspit Quarry which is in two Doctor Whos, Underwater Menace and Destiny of the Daleks, but just one Blake's 7. The railway sequence was shot at the nearby Brockham Lime Works, the plane at Wycombe Air Park and finally the lake at Royal Alexander and Albert School. 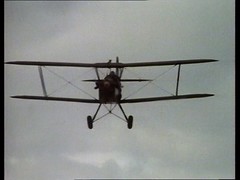 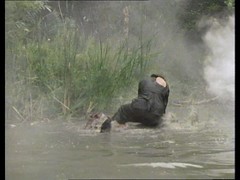 The hypnotised guard in this episode, Solis, is played by Peter Mayock who was Namin in Pyramids of Mars. 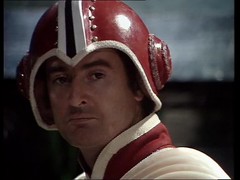 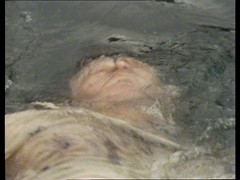 The ending to this episode got the show in a lot of trouble with the National Viewers' and Listeners' Association and it's chairwoman Mary Whitehouse who objected to the prolonged freeze frame of the Doctor's head being held under the water by Goth. Their objections were so strong that the master videotape for this episode was edited to remove the freeze frame and it was in this state that the episode was repeated on 18th August 1977. The footage has since been recovered from a home video recording.