"Mister Stevenson, what you have done could result in the total destruction of all life on this planet!"

An expedition team in the Antarctic finds a round object buried in Ice. Examining it at their base they think it's a seed pod of some sort. Pictures are sent to the world ecology bureau in London where Dunbar shows them to the Doctor, called in from UNIT, who is worried it's dangerous. The Antarctic team find the pod is growing. Dunbar visits noted plant collector Harrison Chase and shows him the photos. Chase is intrigued and dispatches Scorby & Keeler to retrieve it. While one of the team, Winlett, guards the pod it opens and spits out a tendril striking him. When he's found be Stevenson & Moberley he has started to turn green. The Doctor & Sarah are delivered to the Antarctic by helicopter. When the Doctor arrives he finds Winlett's body transforming into a plant like structure. The Doctor discovers a second pod in the ice next to where the team found the first, which they store in the freezer. The Doctor tells Sarah that Keeler is becoming a Krynoid, an animal consuming plant. Scorby & Keeler arrive posing as the medical team. The Doctor proposes amputating the arm where the infection first occurred. Moberley prepares to perform the operation but the creature Winlett is becoming clambers to it's feet and murders him..... 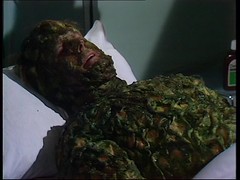 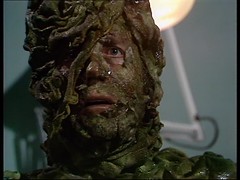 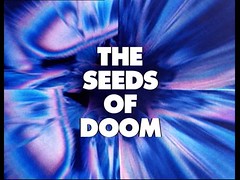 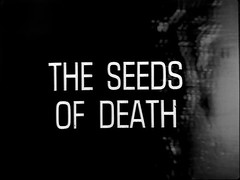 Hurrah! Some snow and ice! I've loved snow & ice as a back drop ever since I saw the Hoth scenes in Empire Strikes Back. It's a few years too early to be homaging Empire though.... No essentially these first few episodes are The Thing From Another World, a 1951 movie about Arctic scientists digging something plant based up in the Arctic. 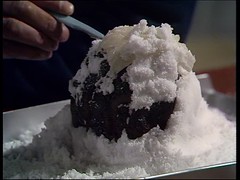 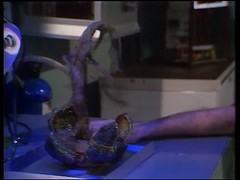 It was remade in 1982 by John Carpenter as The Thing and the 1993 X-Files episode Ice, one of my favourites, owes a considerable debt to it as well. Apart from the monster being a tad gruesome I can't fault this episode at all. It comes as no surprise to find it's been produced by the same writer/director team, Robert Banks-Stewart and Douglas Camfield, that gave us Terror of the Zygons at the start of the season. And if Camfield's here then Dudley Simpson isn't providing the music so we get a second score from Geoffrey Burgon who also worked on Terror of the Zygons giving us another link to that story. 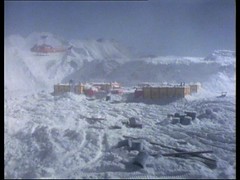 Note that the Doctor and Sarah arrive at the Antarctic base by helicopter. This will cause a problem MUCH later on in this story and is one of a number of elements that makes you think the script, especially in the later part of the story, could do with a bit more time and another pass by the script editor.

Two of the base crew have prior form in Doctor Who: Hubert Rees, as John Stevenson, was Chief Engineer in Fury from the Deep and Captain Ransom in The War Games. I've found him also in Thou Shalt Not Kill, one of director Douglas Camfield's episodes of The Sweeney.

While watching this I was struck quite how much he looks like Toby Hadoke of Doctor Who commentary moderation and Who's Round fame! 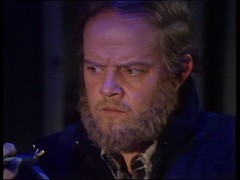 John Gleeson, the ill fated Charles Winlett, was a Thal Solider in Genesis of the Daleks. He's been in the Sweeney too, but his episode I Want That Man, wasn't directed by Camfield! 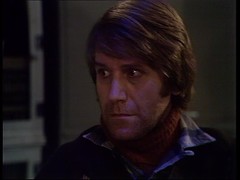 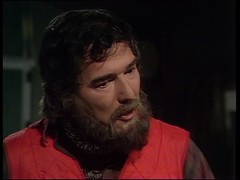 But Michael McStay, who plays Derek Moberley the third member of the base, was in Cover Story, another of Douglas Camfield's Sweeney episodes. We'll come to the rest of the cast later and there's at least one Camfield regular yet to appear. It's notable that all three of the base personnel have their first names revealed on screen, a rarity for Doctor Who!

I'll get to the casting "elephant in the house" later in the story. But for now it will be suffice to say that Yes, that is Boycie & Camp Freddie! 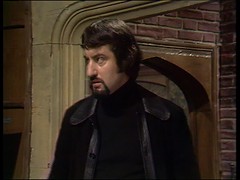 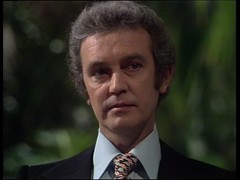 The master video tape of this episode went missing in the week prior to transmission but was fortunately found just in time! 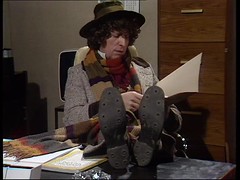 It's amazing the things that catch your eye that you've not seen before: When the Doctor has his feet up on the desk there's round holes visible in the soles of his shoes! He's wearing Football boots or similar sporting shoes!