"The Krynoid is an uncontrollable carnivore that's getting bigger and more powerful by the minute!"

The Krynoid is attacked by the guards allowing the Doctor & Sarah to escape with them & Scorby to the cottages, but the Krynoid finds them. The Doctor has Scorby make a Molotov cocktail to distract the Krynoid while they escape. Sir Colin Thackeray contacts Major Beresford at UNIT, since the Brigadier is in Geneva, to summon his help thanking Miss Ducat for her help. The Doctor runs for the car to go to contact Sir Colin while Scorby & Sarah go back to the house searching for Chase who is in the garden photographing the Krynoid. Reaching the World Ecology Bureau he explains to Sir Colin & Major Beresford what's been happening and brings to their attention that within a mile of Chase's estate the Krynoid has started using other plants to kill people. They assemble a laser gun team to attack the Krynoid. The Doctor phones Sarah at Chase's mansion but they are cut off by the Krynoid which snaps the telephone wires. The guards flee the mansion leaving Scorby, Sarah & the butler Hargreaves behind. They find a guard's body outside strangled by the vines and encounter Chase, who is firmly on the side of the plants & the Krynoid and quite mad. He returns to the house sheltering in a room full of plants refusing to listen to Scorby's pleas for help. The plants attack them, choking them with vines as the Doctor & Sergeant Henderson arrive with pesticide. Chase attacks them calling them murderers. They free Sarah & Scorby but Hargreaves is already dead. They take shelter in Chase's laboratory. They clear the room of plants but while they are dumping them outside Chase locks the door leaving them at the mercy of the now giant Krynoid. 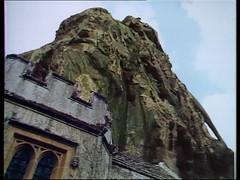 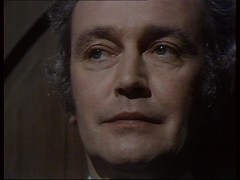 Much less violence this episode which is a big relief. Ok so Sir Colin asked Miss Ducat to help him.... how does he know of the link between her & Chase - did the Doctor contact him in between leaving her house and driving to Chase's mansion. Chase's madness in this episode seems very real and genuine and very very scary. Top marks to Tony Beckley's performance here. He's been "slightly odd" since the start of the story but as it's gone he's tipped from obsession right the way over the edge into madness. 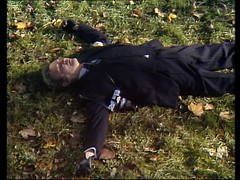 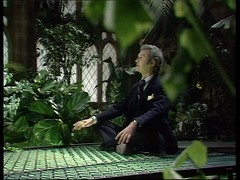 And UNIT's back. Except it's not UNIT as we know it. No Brigadier, no Benton, no Mike Yates or Harry Sullivan. Android Invasion *just about* got away with it by having Ian Marter (Harry Sullivan) and John Levene (Benton) involved when Nicholas Courtney (the Brigadier) wasn't available. Here none of them are and it's a bunch of faces we don't recognise. This might of worked if it had been an established pattern over the years of different personnel, like the interchangeable Jimmys in the early days of UNIT, but UNIT has come to mean the Brigadier, plus support, so their appearance here is effectively UNIT in name only. Over the last three stories they've been commanded by officers of decreasing rank: after the Brigadier in Terror of the Zygons we had Colonel Faraday in Android Invasion and now Major Beresford accompanied by Benton substitute Sergeant Henderson. These last two episodes of the story are UNIT's last appearances of the seventies and it's a bit of anti climatic exit. Over the next few years the Doctor will be visiting contemporary Earth a lot less so the story need for them disappears. Save for a few mentions, and a cameo appearance of their headquarters, the next time we see UNIT on active service will be in 1989 in the final season of Doctor Who.

Playing Major Beresford is John Acheson who I know nothing about save that he's been in a previous Douglas Camfield production appearing in the Paul Temple episode Night Train. A quick peak at the cast list for that shows Peter Halliday in the cast also, who Camfield used on the Invasion. 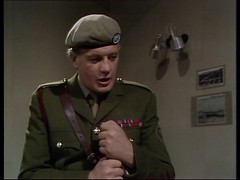 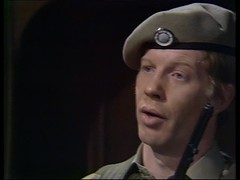 I also know nothing about Ray Barron, playing Sergeant Henderson. He's got no previous Doctor who appearances to his name but, and I'm sure this will surprise you, Camfield used him before in his 1975 Sweeney Stay Lucky Eh, which features John Challis, who plays Scorby in this story.

Appearing in just this episode is regular extra Keith Ashley as Sir Colin's aide. He's got dialogue here so he probably should be credited! He's previously been a Extra in The Savages episode 1, a Firing Squad Member in The War Games episode one, a Technician in Doctor Who and the Silurians, a Villager in The Dæmons episode three, an Extra in Planet of the Spiders part one, a Dalek Operator in Genesis of the Daleks and a Zygon in Terror of the Zygons. He's got one more appearance as a Brother in The Masque of Mandragora parts one and three. 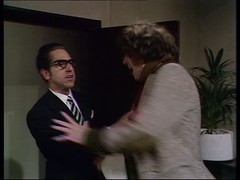 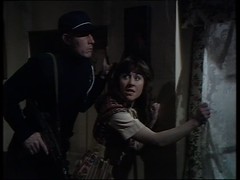 There are a number of familiar extras in the guard squad chief among which is Pat Gorman, who's been in everything! I'm pretty sure that Patsy is one of the guards in the cottage with The Doctor, Sarah & Scorby. Ian Elliot was previously a UNIT Soldier in Inferno episode 1, a Daffodil Man in Terror of the Autons episodes three & four, a UNIT Soldier in The Mind of Evil episodes one & two, a Colonist in Colony in Space episode one, a Villager in The Dæmons episode three giving him an appeartance in EVERY story in Season 8, a Guard Warrior in The Mutants episode one, a UNIT Soldier in The Time Warrior part one, a Regular Army Soldier / UNIT Soldier in Invasion of the Dinosaurs part one, a Villager in Planet of the Spiders part one, and an Android Villager in The Android Invasion part one. He's in episodes three to five of this story before returning as a Haemovore in The Curse of Fenric part one. Brian Nolan meanwhile was an IE Guard in The Invasion episode 1, a Resistance Man in The War Games episodes six to eight, a UNIT Soldier in Spearhead from Space episode 1, Doctor Who and the Silurians episode 2 & 6 and Invasion of the Dinosaurs episode 1. He's an Earth Guard in Frontier in Space episodes two & three and after appearing in episodes four and five of this story returns as the TV Cameraman in The Deadly Assassin part one.