"You know what, Dymond? The Empress has eaten your ship. Ha ha! Eaten it!"

K-9 drives the monster back and reseals the hole. Rigg scans the ships for Vraxoin but finds none. Romana is found by Della. She gets a drink for her, but it gets spiked with Vraxoin and then consumed by Rigg. Romana tells the Doctor she thinks the creature escaped from the machine, which he considers to be unstable. Rigg starts to show the influence of the drug he has accidentally taken. The Doctor & Romana use the Tardis to try to separate the ships, but the Hecate cannot take the stress. The Doctor sees a masked figure flee from one of the matter interfaces and pursues him. The drugged Rigg accuses the Doctor & Romana of first drugs smuggling and then being a narcotics agent as Tryst plies him with drinks. Romana searches for the Doctor but finds on of the creatures and is saved by a mystery man who shoots it who the Doctor thinks is the man he was chasing. The Doctor removed a radiation device from the man linking him to the ship Tryst used. Tryst discusses with Della the possibility that their slain expedition member was the drug smuggler. Tryst then accuses Della of drug smuggling to the Doctor. In the Power Unit, K-9 encounters the monster. Azure custom officers Fisk & Costa come aboard and try to arrest the Doctor, who they detect minute traces of Vraxoin on. They flee to Tryst's room, activate the CET machine and enter the Eden projection..... 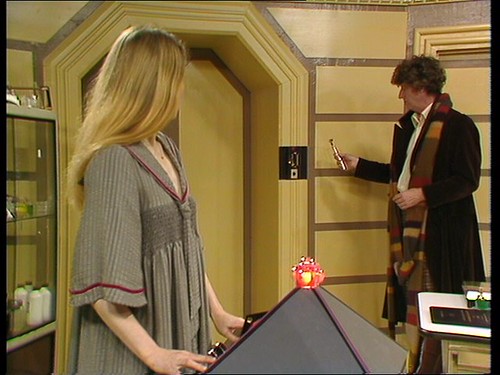 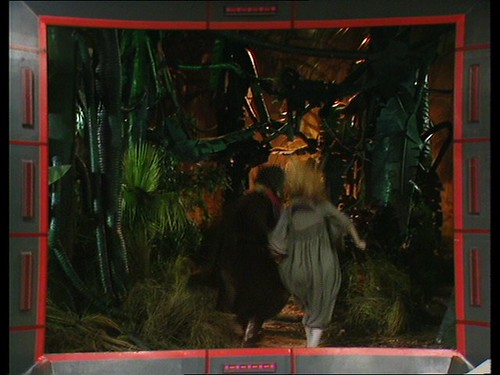 Again this episode moves at a nice pace, advancing the plot. There are clues there as to who the culprit is if you've not seen the show before. If you have it'll lodge in your brain and be absolutely obvious, removing much of the point of the serial. Essentially this is just an Agatha Christie style mystery just dressed up with spaceships & monsters. And not that many of the monsters so far!

The director Alan Bromly, who'd previously helmed 1974's The Time Warrior and produced the last two series of Out of the Unknown, gets some clever reuse of stair, lift lobby and passenger compartment sets in during this episode to suggest that there's more to the Empress than we think, which will ring bells with anyone who's been lost on seemingly identical levels and endless stairwells in the same building. Unfortunately it is absolutely obvious that it's the same set reused again and again, especially when the same trick is pulled with three different sets one after the other during the Doctor's pursuit of the mystery man, who's identity is unfortunately given away if you look at the end title acting credits! 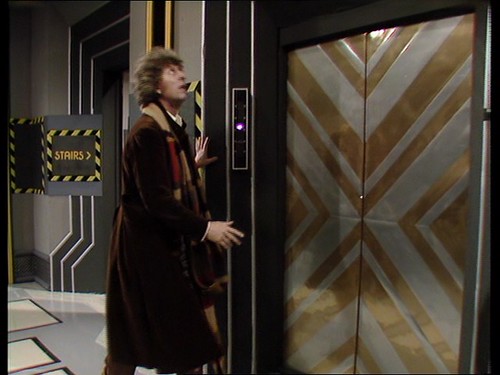 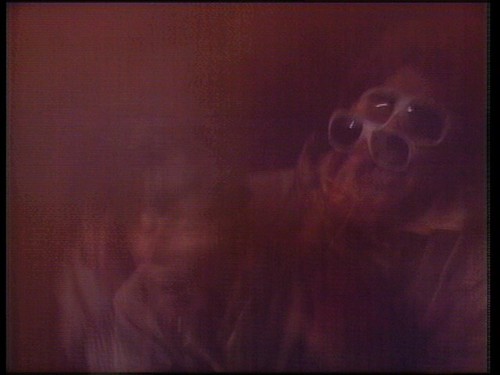 The scenes shot in the matter interface use some nice video trickery to suggest what's going on, the first time I think this sort of effect has been used on Doctor Who. However the effect is somewhat spoilt by the large amounts of mist, distortion and general darkness in these scenes. Far better versions of the ghosting effect seen here will be used later, especially in next year's Warrior's Gate.

The scenes of the passengers here in their cabins remind me of scenes with ageing passengers trapped in a crashed space liner in the last episode of the second series of The Hitch Hiker's guide to the Galaxy that Script Editor Douglas Adams would have been writing at about the time this story was made. 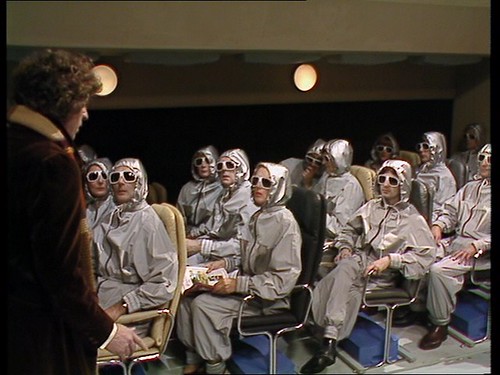 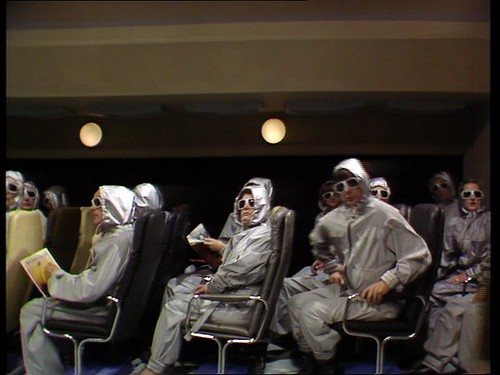 There's 4 credited passengers in this episode: Lionel Sansby was a UNIT Soldier in the Silurian and one of the Complex Personnel in Hand of Fear. He would have been seen later this season as a Krarg in Shada. Except, as we'll see, he wasn't. He returns as a Cricketer in Black Orchid, a Passenger in Time Flight, one of the Men in the Cave Croud in Snakedance, and as a Lazar in Terminus. In Blake's 7 he was a Federation Trooper in Seek-Locate-Destroy and in Doomwatch he was a Man in No Room for Error.

Annet Peters had been in Invasion of the Dinosaurs as an Operation Golden Age Woman, and The Pirate Planet as a Citizen. She returns as a guide in The Leisure Hive, and a Lazar in Terminus. and she's got a couple of decent sitcom appearances to her name as Mrs. Wareing in the Fawlty Towers episode A Touch of Class and as a Woman in Restaurant in The Fall and Rise of Reginald Perrin episode Hippopotamus.

Peter Roberts was also in Reginald Perrin as a Youth in Communal Social Evenings which leaves just Maggie Petersen as the only credited Passenger I've not seen in anything else.

However IMDB has Jean Channon down as an Extra for all four parts of this story and given that we've not seen any women bar Della elsewhere she's likely to be a passenger too - The DWAS Production File confirms this assumption! She first appeared in Doctor Who as a Passser By in The Massacre: War of God, followed by a Passenger/Plague Victim/Passersby in the Silurians, Hilda, the Lotus Position Girl, in The Green Death, a Masquer in The Masque of Mandragora and a Passser By & Audience Member/Dancing Girl in The Talons of Weng-Chiang. She returns as a Castrovalvan Woman in Castrovalva, a Dinner Guest in Snakedance, a Lazar in Terminus and the Woman at the Telephone Kiosk in Survival , as well as appearing in Blake's 7: Warlord as a Zondawl Citizen

We'll attempt to trace all the other passengers listed in in the DWAS Production File, and there are a fair few, in time for next week!