"I am Biroc. Others follow. Believe nothing they say. They are not Biroc's kind!"

A spacecraft attempts to take off but is damaged due to a Time Disruption, injuring their slave Tharil navigator. The Tardis too is caught in the same disruption. While being taken bellow for treatment the Tharil evades his captors and flees out into the void. The Tardis doors open mid flight, allowing the time winds to flow in damaging K-9 & injuring the Doctor's hand, but the out of phase Tharil, who introduces himself as Biroc, finds the Tardis and brings it to rest in the void. He warns them not to believe those following him and flees, followed by the Doctor, who notes to Romana that they've arrived at a location with zero co-ordinates, possibly the gateway between the negative E-Space and their home universe the positive N-Space . Biroc finds a stone doorway in the void, and entering into a cobwebbed dining hall slips his bonds and steps through the mirror. Rovrick, the ship's captain, and two of his crew, Packard & Lane, find the Tardis using a portable mass detector. 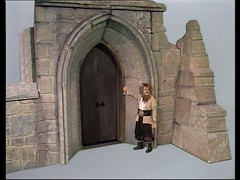 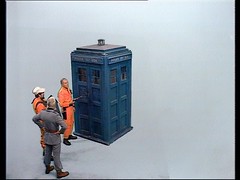 The Doctor too finds the doorway, and the ruined dining room, but in adjusting a ceremonial suit of armour there he accidentally reactivates the robot within. As he examines the chains that Biroc shed the robot advances on him with an axe. 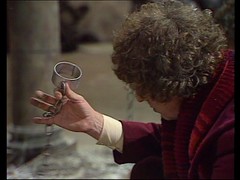 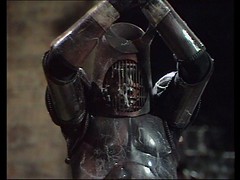 My Goodness, that was jaw droppingly good. It looks *NOTHING* like anything done on the show before. The opening shots of the sleeping Tharils has something of a Frankenstein feel to it thanks to the moving parts on the life support machines keeping them alive, followed by the long panning shot through the starkly functional vessel which, unlike the similar shot that opens The Leisure Hive, feels like it's doing something useful. 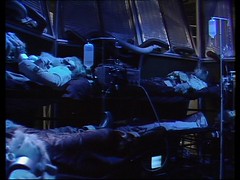 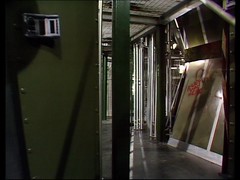 The coin tossed into the air is spoiled now by the freeze frame - we can do that so much better now, and I'm surprised that we didn't for the DVD release. 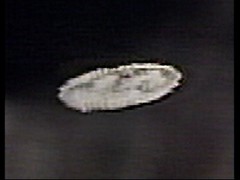 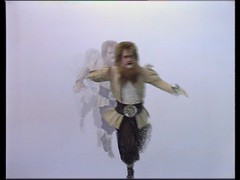 The void is just that, an empty void, and much better than the similar shots in The Mind Robber that have something of a Play School Studio feel to it. Biroc running through the void, his image ghosting behind him. The Cobwebbed hall. 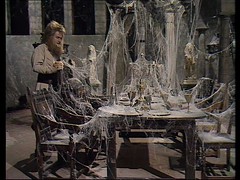 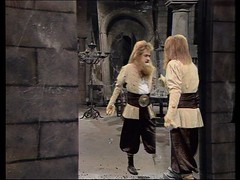 The chains falling to the floor as he walks through the mirror. It looks superb. And in there there's a story: the Doctor's quest to get home, Romana's reluctance to return to Gallifrey (nicely sign posted at the start of the tale) and what is that spaceship doing with a hold full of enslaved Tharils?

This is the third and last of the three stories that make up the "Stories Centring Around A Crashed Space ship" trilogy, as one internet commentator put it. The writer of the broadcast story Stephen Gallagher was a newcomer to the series and produced a storyline that, according to Script Editor Christopher H. Bidmead, needed some manipulation into a television script. 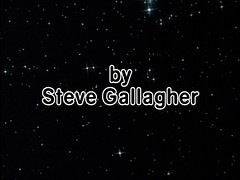 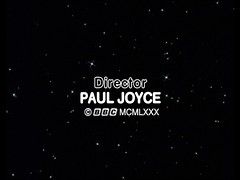 To direct it Paul Joyce, another first timer on the series, was appointed/ He took a greater than average interest in some areas of work that other directors didn't get involved in commissioning artwork for model designs and overseeing effects shots undertaken by visual effects designer Matt Irvine. Unfortunately when the story reached the studio stage his filming speed & techniques, involving shooting off set and using a set condemned as unsafe by the BBC, caused a dispute that led to him being sacked and production assistant Graeme Harper being promoted. Quite how much Harper directed is unclear but at some point Joyce was rehired and finished the serial including it's lengthy post production work. He was not invited back again which is a great shame as what he does here is truly stunning. Interviewed on the DVD Joyce comes across as truly ahead of his time adopting methods now commonplace but just didn't fit in the BBC way of doing things at the time.

Warrior's Gate wasn't the original story planned for this slot though: the Trilogy should have closed with a story called Sealed Orders by noted science fiction writer Christopher Priest (not the comic writer of the same name who was formerly known as Jim Owsley) The gist of Sealed Orders would have involved a return to Gallifrey where the Doctor would be ordered to kill Romana. Quite how this fits in with getting out of E-Space I have no idea, as it seems to me that it would be a more natural substitute for Full Circle, leading straight on from Meglos.

DOCTOR: It's jammed. I've lost control. We're adrift in E-space.
ROMANA: Come on, Doctor. We've got to do something.
DOCTOR: Have we?
ROMANA: What do you mean?
DOCTOR: Maybe that's it.
ROMANA: What, drifting?
DOCTOR: The way out of E-space.

I do wonder why they called E-Space - E-Space. Surely N-Space, for Negative Space, would have been a better name with R-Space (Real Space) being used for our universe?

Not a lot of the cast for this story have form in Doctor Who but several are well known for other work. Clifford Rose , playing Rorvik, played the character Sturmbannführer Ludwig Kessler in Secret Army and it's sequel Kessler. He can be seen in the Inspector Morse story Ghost in the Machine where he plays Dr. Charles Hudson. 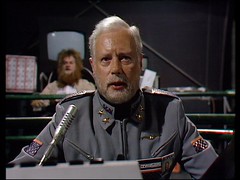 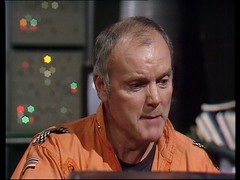 Kenneth Cope, Packard, is famed for playing Marty Hopkirk in the cult hit Randall & Hopkirk (Deceased). He's the father of Martha Cope who played the Controller in Bad Wolf. Incidentally his partner in Randall & Hopkirk Jeff Randall, who was usually played by Mike Pratt, was frequently doubled by our old friend Harry Fielder, as he recalls here.

Lane is played by David Kincaid, an actor I've not seen in anything else. 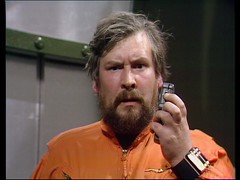 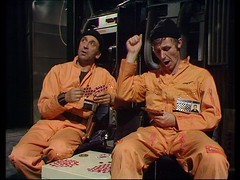 Aldo, on the left in the second picture, is played by Freddie Earle who was in the Yes Minister episode The Greasy Pole as Sir Wally McFarlane. His partner Royce is played by Harry Waters.

Vincent Pickering plays Sagan. He was in the Inspector Morse story Dead on Time as the Telephone Exchange Man. 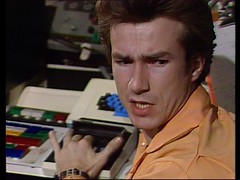 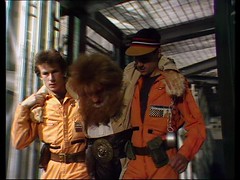 Playing the briefly seen Kilroy is Mike Mungarvan who had been had been a Mutant in The Mutants, a Guard in The Face of Evil, a Gallifreyan (IMDB says an Outsider/Outcast Time Lord) in The Invasion of Time, a Druid in The Stones of Blood, a Gracht Guard in The Androids of Tara, a Dalek Operator in Destiny of the Daleks, a Louvre Tourist & Plain Clothes Detective in the Louvre in City of Death, one of the Pangol Army in The Leisure Hive and a Citizen in Full Circle. He returns as a Kinda Hostage in Kinda, one of Ranulf's Knights in The King's Demons, a Soldier in Resurrection of the Daleks, a Jacondan Guard in The Twin Dilemma, a Resistance Fighter in The Trial of a Time Lord: Mindwarp, the Duty Officer in The Trial of a Time Lord: Terror of the Vervoids, a Lakertyan / Tetrap / Genius in Time and the Rani and a Policeman in Silver Nemesis. He's also been in the new series once as a Passer By in The Christmas Invasion. He was in Blake's 7 as a Prisoner in The Way Back & Space Fall, an Alta Guard in Redemption, a Customer / Gambler in Gambit, a Helot in Traitor and a Rebel Technician / Federation Trooper in Blake, making him one of the few people to appear in the first and last episodes of that series. He was also in Fawlty Towers as a Hospital Orderly in The Germans, The Sweeney as a Constable in Victims and The Professionals as Will in Black Out.

Somewhere in this episode is an additional Crewman played by Andy Hart, and from the next episode they're joined by Robin McPherson. Neither actor has any further DW appearances.