"Let him feed the Great One with his blood!"

The Doctor & Romana are captured by guards and taken to the tower, where they meet the Three Who Rule: Zargo, Aukon & Camilla. Camilla takes a great interest when Romana cuts herself. Theorising that the tower is the remains of the starship Hydrax, the Doctor & Romana explore and find a still functioning scout ship forming the top of the tower. Aukon stages another "selection" and takes Adric from the inn. Descending to the depths of the castle the Doctor & Romana find vats of human blood and hear a pounding heartbeat from elsewhere in the underground cavern. Aukon enters and welcomes them to his domain.... 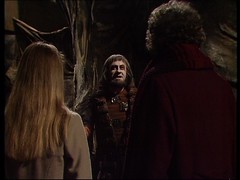 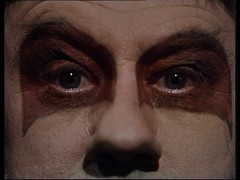 That wasn't bad at all, rather enjoyed that. Some really nice stuff in there, the Castle being the ship.

DOCTOR: Oh yes, this is much more comfortable. What were those Hydrax officers called?
ROMANA: Captain Miles Sharkey, Navigation Officer Lauren MacMillan, Science Officer Anthony O'Connor.
DOCTOR: That's very good. Have you ever heard of the Brothers Grimm?
ROMANA: This is no time for fairy tales.
DOCTOR: They also discovered the Law of Consonantal Shift. How language changes over the years.
ROMANA: You mean the hard sounds softening, B's becoming V's and so on.
DOCTOR: Hmm.
ROMANA: Camilla, Aukon and Zargo. Wait a minute. Sharkey, Zharkey, Zarkey, Zar, Zargo. The same name passed down through generations.
DOCTOR: That's right. And MacMillan becomes?
ROMANA: Camilla.
DOCTOR: And O'Connor becomes?
ROMANA: Aukon. The descendants of the original ship's officers.
DOCTOR: Yes. And this is the original ship. The pilot here, co-pilot there. No, no, no, pilot there, co-pilot here. Instrument banks there, control panels there.
ROMANA: You mean this is the Hydrax, the explorer ship?
DOCTOR: Yes. Do you fancy exploring it?

However the rulers being the descendants of the original officers sort of back tracks on the insinuation of the previous episode that Tark had seen the people whose pictures were in the ship's databank! And not all the ship appears to be dysfunctional either...

ROMANA: We must be right inside the turret.
DOCTOR: Yes. It's an Arrow class scout ship, Romana. It detaches from the main vessel for local exploration.
ROMANA: I wonder why they didn't rip out all these instruments, too.
DOCTOR: Well, why bother? No one comes here. Look! There's even a bit of power left in the energy cells.
ROMANA: So it could still fly?
DOCTOR: Possibly.
ROMANA: Could we possibly jet our way out?
DOCTOR: Getting out is not exactly the object of our mission, is it?
ROMANA: It proved your point that this is a spaceship.
DOCTOR: Shush.
ROMANA: Sounds like a faint engine noise.
DOCTOR: Shush.
ROMANA: What is it?
DOCTOR: More evidence.
ROMANA: Of what?
DOCTOR: I have a suspicion, but it's too horrible to think about. 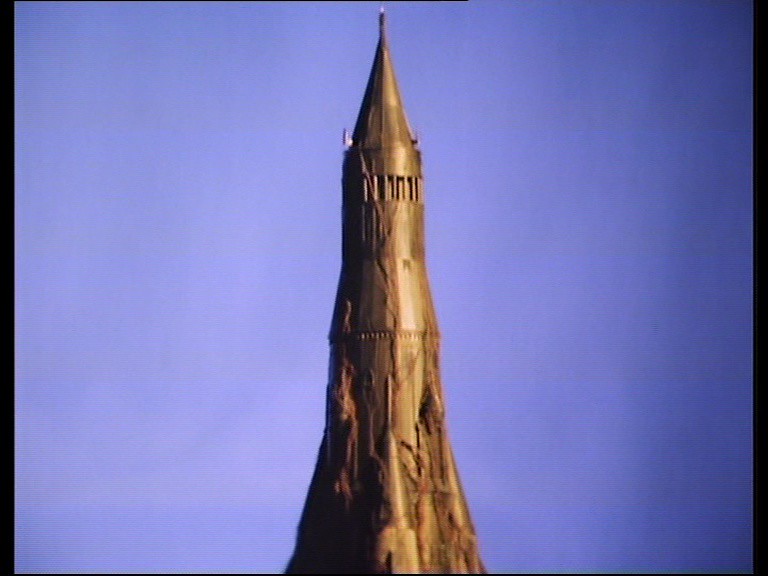 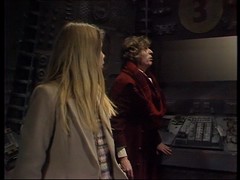 Oh, what might we use an operational scout ship for? A bit Chekov's Gun, one of his favourite tools, from writer Terrance Dicks here!

Then we get bellow for the blood in the fuel tanks being fed to some giant thing with a heartbeat under the castle/ship and we're into real Hammer Horror territory.

By an odd coincidence Bray Studios, the home of Hammer Films, isn't that far from the locations used in this story. All the exterior scenes here were filmed at Burnham Beaches just north of the M4 at Maidnehead/Slough and Bray is just a little south of the motorway. 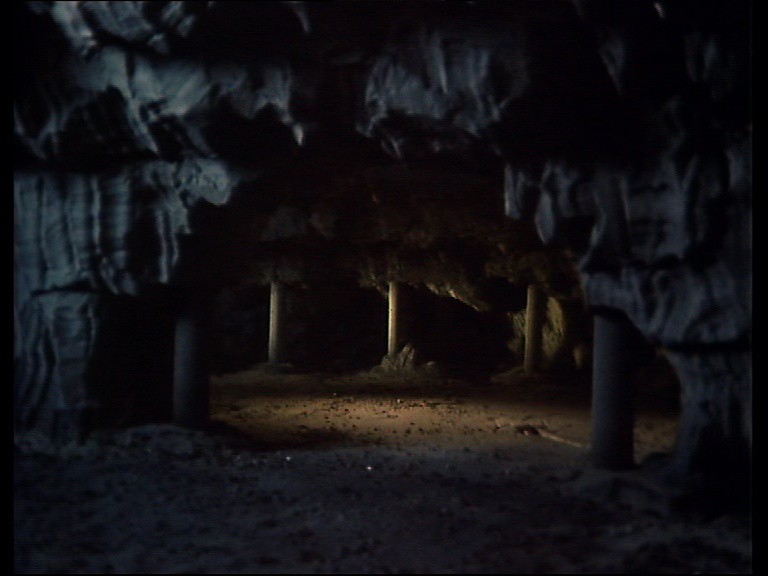 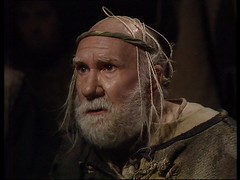 Rebel scientist Kalmar is played by Arthur Hewlett and he'll be back as Kimber in Terror of the Vervoids. He appears in Blake's 7 as the Old Man in The Keeper and in The Black Adder episode The Archbishop as both Godfrey, Archbishop of Canterbury and William, Bishop of London.

Rebel Tarak, who disguises himself as a guard, is played by Thane Bettany. 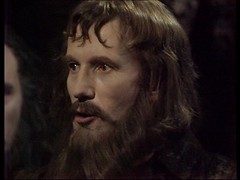 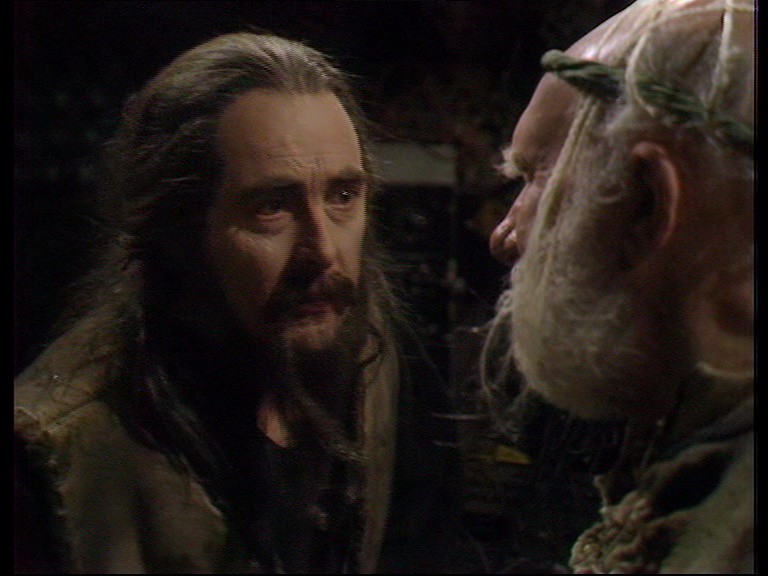 Stacy Davies playing Veros was in The Invasion, playing Private Perkins, the UNIT Soldier cut down by the Cyberman in the sewers. You can also see him in The Professionals as Sammy Blaydon in Backtrack.